The Authority contributed funds to Keep Coyote Creek Beautiful's Coyote Meadows Park Community Planning and Concept project. In the heart of the City of San Jose, Coyote Meadows (formerly known as a homeless encampment named "The Jungle") is a nearly 50-acre parcel of land designated as open space owned by the City of San Jose along Coyote Creek. This land is a linchpin for connecting the community in an east-west and north-south route as a trail corridor. Together with the City of San Jose, community members seek to activate this area as a natural park adjacent to a neglected waterway. This project will provide community planning and conceptual designs, with the end result of a urban open space park with native plants, passive recreational uses, and a strong stewardship infrastructure.
Award Date:
November 10, 2016
Program:
Measure Q Urban Open Space Program
Location:
Coyote Meadows Park

Have a similar Project?

Learn more about our Grant Program

Enter your email address to get updates on our grant programs 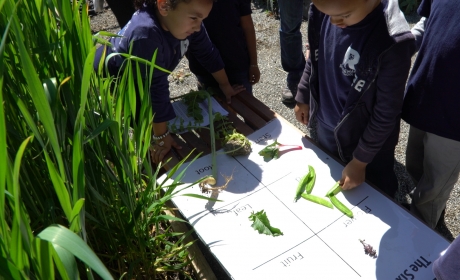 The Authority helped to fund Living Classroom’s partnership with Campbell Unified School District to implement their new Environmental Literacy Initiative called "Champions for Change.” This project focuses on designing, installing, and maintaining new and enhanced edible and native habitat gardens on all Campbell Unified School District campuses and providing garden-based lessons across all grade levels with the aim of connecting students to nature and the sources of their food and graduating environmentally literate students by 8th grade. 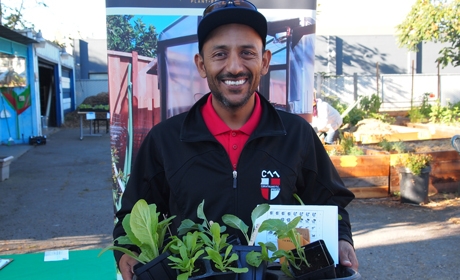 The Authority helped fund Valley Verde’s San Jose Family Gardening Project, which creates and maintains community and home gardens in collaboration with 140 low-income families. The project addresses the need for access to green spaces for underserved families, healthy and affordable fresh food, and environmental education. Valley Verde provides families with raised-bed gardens at home along with all the supplies needed to grow fresh vegetables and a year of monthly workshops which cover topics such as urban agriculture, habitat for native wildlife, and water conservation. After one year, participants are eligible to become mentors for other families in the program, growing the circle of environmentally sustainable gardening skills and fostering sense of community in urban areas. 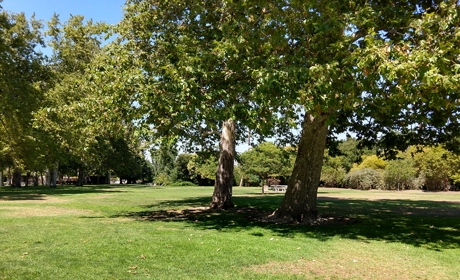 The Authority contributed funds towards the City of Santa Clara's installation of a decomposed granite trail and restoration of upland habitat near Saratoga Creek. This project will give people of all ages and abilities access to nature in their neighborhood and to the new all-inclusive playground in Bowers Park. In addition, the trail will create a walking loop by connecting to existing park trails. The trail will enhance and integrate play spaces with nature, while supporting sustainability and age-friendly outdoor activities.