Preserving the Culture of the Valley of Heart’s Delight

The Santa Clara Valley has been home to diverse communities and cultures for more than 10,000 years. Every cultural resource tells a story of the human communities that once occupied the land and enables archaeologists, ethnographers, historians, and other investigators to reconstruct the lives of earlier inhabitants. The Valley is also known for its productive farmland and rangelands, known as the “Valley of Heart’s Delight” due to its extensive vegetable farming, field crops, dairies, nurseries and flower businesses.

The Ohlone tribe was thought to have come to the Santa Clara Valley about 1,500 years ago, living in small groups and semi-permanent villages or hunting camps. These hunter-gatherers often settled near streams, so preserving these areas and cultural resources are priorities of the Authority. In 1976, California established the Native American Heritage Commission to identify and catalog indigenous resources in the Santa Clara Valley region, providing increased awareness for the protection of Native American culture. With the passing of the California Native American Graves Protection and Repatriation Act in 2001, the state created a means for returning artifacts and human remains, and also required museums to inventory their collections. These lands hold cultural significance to tribal members, such as the Amah Mutsun Land Trust, who also work to preserve and restore these ancient lands.

The Valley of Heart’s Delight

From the mid-1800’s to the mid-1900’s, the Santa Clara Valley was one of the most productive farming regions in the nation. The “Valley of Heart’s Delight,” as the region was once known, produced cherries, apricots, and prunes that were then processed and distributed all over the country. The Valley once produced almost a third of the nation’s produce demands. Still today, agriculture is important to the local economy; in 2012 the Valley’s agriculture had a direct gross value of nearly $261 million (Santa Clara County 2012).

Local families - including workers of Mexican, Portuguese, Chinese, Japanese, Filipino, and Italian descent - established their livelihood in the fields picking fruits or in the canning factories around the City of San Jose.

On August 13th, 2015, Coyote Valley Open Space Preserve's Arrowhead Trail was certified by the National Park Service as an official interpretive site of the historic Juan Bautista de Anza Trail. The 4-mile long Arrowhead Loop Trail is open to visitors, and provides an opportunity to learn more about the expedition. 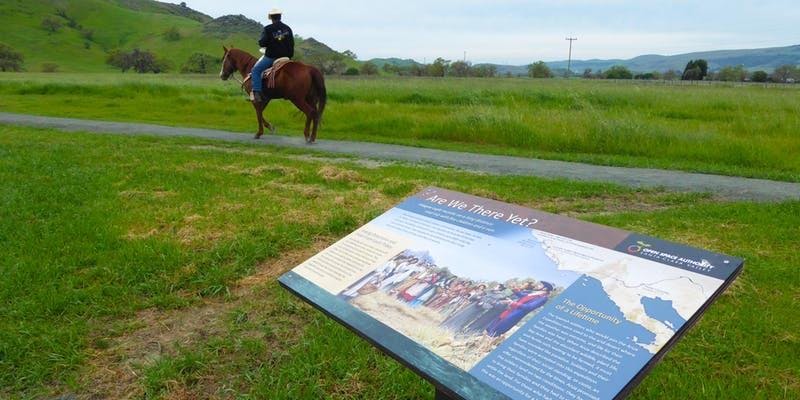